So 2019 is rolling to a close and we have started eyeing books coming out in 2020 to build our to-do lists. However, while building our reading schedule for next year we realized that we should probably do a wrap-up on our Dark Horse Initiative 2019. P.S., you may notice we have changed this list slightly from our original – that is because we somehow missed that two of our books (Priory and Sixteen) were not actually debuts and have replaced them with other debuts we read. So, below you will find a mini-list of all of the debut books and authors we specifically sought out and read in 2019 in the order of how much we enjoyed them. In addition, given that we have already put out a list of our favorite books of 2019 which contained many of these, we thought we would also spend some time highlighting a few specific books for their contributions to their genres. While we didn’t love all of them, almost all of them brought fresh new ideas to the fantasy and sci-fi genres and should be applauded for trying something new. First, the list of Dark Horses in 2019:

The Luminous Dead, by Caitlin Starling – What can I say that I haven’t already said about this wonderfully creepy and ambient debut. The limited perspective is engaging, reducing the amount of information the reader receives, heightening the tension. The danger feels ambiguous and ephemeral, making the reader question what is really happening. On top of that, the character to character interaction is sparse, dense and unreliable. Starling does a brilliant job of capturing so much humanity within such a small story. If you’re put off by galaxy-spanning epics, but still want to read something that captures the human condition as it extends to new planets, The Luminous Dead should help light the way.

Famous Men Who Never Lived, by K Chess – Famous Men Who Never Lived offers a heartbreaking slice-of-life story with a healthy smattering of sci-fi. Days after reading, I contemplated K Chess’ story of being the “other,” and the book helped me understand concepts I’d never fully grasped before. As I said in my review, Famous Men isn’t an action-packed adventure. Rather, it skews our perception of our own reality by presenting us with a new one and urges us to explore the implications of immigration and racism. It’s a true sci-fi gem that transitioned from dark horse pick to hard-hitting sci-fi favorite.

Gods Of Jade And Shadow, by Silva Moreno-Garcia – I didn’t love this book, but a lot of people will. My problems with the novel were all due to stylistic clash; its campfire story style bored me and failed to pull me into the story. However, there will be many who rightly love this style and list Gods of Jade and Shadow as one of their favorite novels. Moreno-Garcia’s debut stands out as a unique voice, for better or worse, among the endless dross that the fantasy genre produces each year. Her mix of Mexican heritage, evocative prose, and romantic storytelling are absolutely worth checking out so you can assess it for yourself. 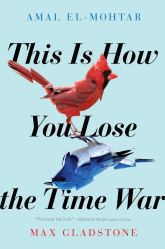 Titanshade, by Dan Stout – Hogwarts P.D. is certainly fresh. Titanshade blends two genres that I absolutely did not think could be blended: buddy cop shows and epic fantasy. You might think that just sounds like urban fantasy, but Titanshade is so much more with its completely original fantasy world – with a modern setting. Titanshade has some flaws, but it did a great job showing that fantasy need not be limited to historical European settings. While the book was both grim and dark, the modern setting allowed it to function as both a drama and escapism tool. The second book in the series is coming out next year, and you better believe I am going back for more.

That’s it for our Dark Horses of 2019! If you liked this mini-project of ours, I have some good news: we will be back in early January with our Dark Horse 2020 to-read picks. See you then!

Famous Men Who Never Lived boasts an incredible premise that earned it a spot on our Dark Horse list for 2019. K Chess’ tale promised alternate timelines, a commentary on immigration, and a healthy dose of literary homage. The results will inevitably depend on the individual reader, but for my part, Famous Men Who Never Lived hit hard and made me think long after I closed the back cover.

Protagonists Helen “Hel” Nash and partner Vikram Bhatnagar are Universally Displaced Persons (or UDPs). On the heels of nuclear war and terrorist attacks, Helen and Vikram–alongside ~156,000 other UDPs–are selected via a lottery system for a one-way trip to an alternate reality. Our reality, if you will. The technology, customs, and people in the reality they travel to are foreign to the UDPs. They’re enrolled in integration courses and allowed to live in this alternate New York, but they’re treated with rampant discrimination. Even the smartest and most successful UDPs (Helen was a surgeon in her reality) struggle to find footing in their new world. Helen becomes obsessed with The Pyronauts, a book Vikram brought through to this new reality. Ezra Sleight, the author of the genre-defining sci-fi novel, lived to old age in Hel’s reality but died at 10 years old in the new one. Hel wants to memorialize the people like Sleight who had a great impact on her old world but were never given the chance in the new one. She makes brief headway, only to encounter massive resistance as she further explores the idea. Meanwhile, she loses The Pyronauts–the only known copy in her new reality.

Hel’s escapades in pursuing the creation of a museum to the titular people who never lived are intriguing, and they’re framed by Chess’ elegant, simple writing. Viewing the reality I know through the eyes of a foreigner is an impressive and prosaic achievement on the author’s part. The characters only add to this brilliantly skewed perception of a reality that’s completely new to a small selection of its population. Chess creates vibrant, diverse characters who each provide a fascinating lens through which we can view and evaluate our own reality. Vikram is my personal favorite; his struggle to balance his memories of the old world with his desire to adapt to the new one is gorgeously portrayed in his interactions with others. He takes a menial job as a security guard and makes the most of his new lot in life while simultaneously doing whatever he can to help Hel open her museum.

The premise of Famous Men, boiled down to its barest elements, is a commentary on immigration. Members of our reality instinctively reject travelers from an alternate timeline. During my initial read, I found this quite literally unbelievable–wouldn’t we welcome reality-hoppers with open arms and eagerly gobble up information about their lives, technologies, and customs? I scoffed at the book during moments that explored this idea of being the “other” until I turned the final page and let it stew in my mind for a few days. Immigration is a global issue, and it only took one brief look outside of my bias and privilege forcefields to understand what Chess and her characters were saying. Just as so many of us (in the U.S. at least) instantly disregard immigrants from other countries, the population of Chess’ constructed reality wave off UDPs as unimportant or even harmful to their world.

And that’s part of the magic of this book. I closed Famous Men Who Never Lived with a scowl, unsure of its attempt to make meaningful commentary on a notably divisive issue. Post-read, the novel had time to subconsciously stir and simmer my brain stew until a delicious, revelatory morsel emerged and helped me grasp an issue I’d previously been willing to ignore.

Famous Men Who Never Lived reflects our political landscape and expertly explores the impact of our behaviors and biases on those around us. Hel reads as a perfectly respectable person whose only “faults” are being from an unfamiliar place and wanting to tell the story of her people. She’s a case study in how far people will go just to make their voice heard and how happily those in power will suppress those crucial minority voices. The book is both a warning and a call to action that I took to heart.

From a strictly narrative standpoint, if you’re looking for a fast-paced, action-packed bender of a plot, Famous Men Who Never Lived most certainly will NOT scratch that itch. It will, however, give you a new perspective on what it means to feel like an outcast when all you’ve done is exist in a place where people thought you should not. It will place you into the shoes of someone whose only crime is being thrust into a land that won’t support them. It will show you that the world would be a better place with just a little more empathy and compassion. And for that, it’s worth your time.

Every year the Quill to Live sit down in December to plan our collective reading schedule for the next year. It’s a long process, and it heavily involves combing through release dates of series we are following and, more importantly, digging into the hundreds of upcoming and highly anticipated book lists made by publishers, authors, other reviewers, and general fantasy and sci-fi fans. Through this process, we give our yearly reading schedules a little bit of structure – but one of the other benefits is picking out potential dark horses to keep an eye on. If you are unfamiliar with the term, a dark horse is a competitor who comes out of nowhere against all odds to win. In our case, we use it to refer to books that almost no one has heard of that we want to check out or keep an eye on. Sometimes this results in us reading terrible books that we might or might not review depending on how productive we feel our criticism will be. However, other times it results in us being able to champion new and upcoming authors who deserve more recognition.

Recently, we have been getting a lot of requests to describe the 2019 books we are excited about, in particular, the dark horses we have our eyes on. Thus, going forward we will put out a list of our annual dark horses in case you want to keep an eye on them as well. We will put this list out earlier next year, and while we will do our best to review every book on this list, the inclusion of a book does not guarantee we will be able to get to and review it. Here are the dark horses The Quill to Live is watching in 2019 (in no particular order). Goodreads links are on the pictures: 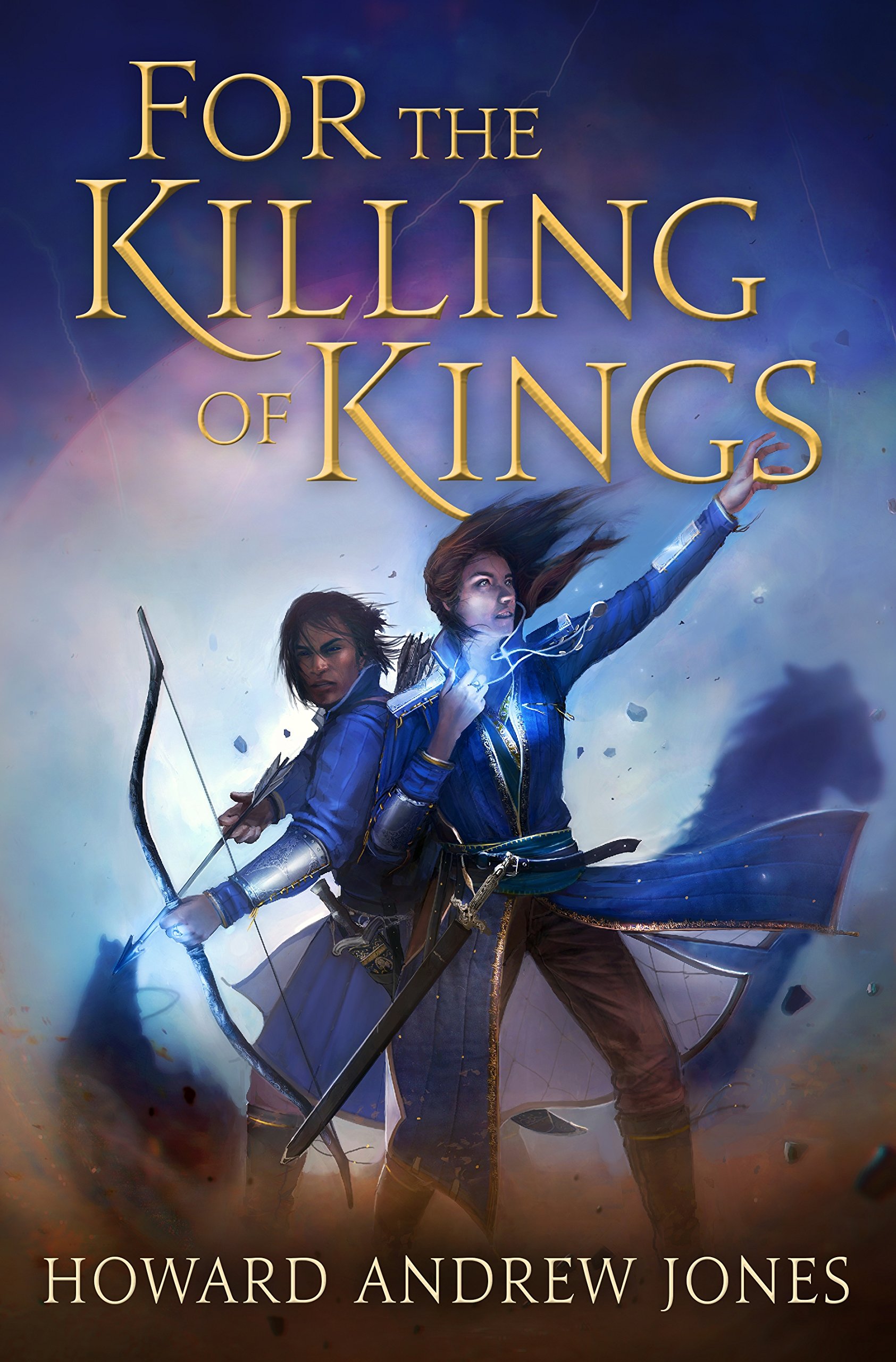 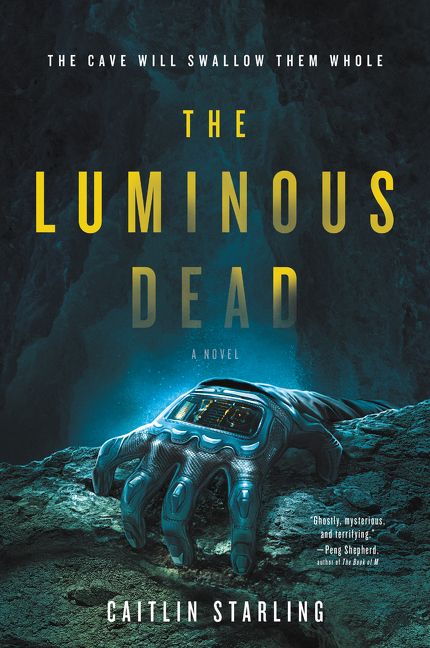 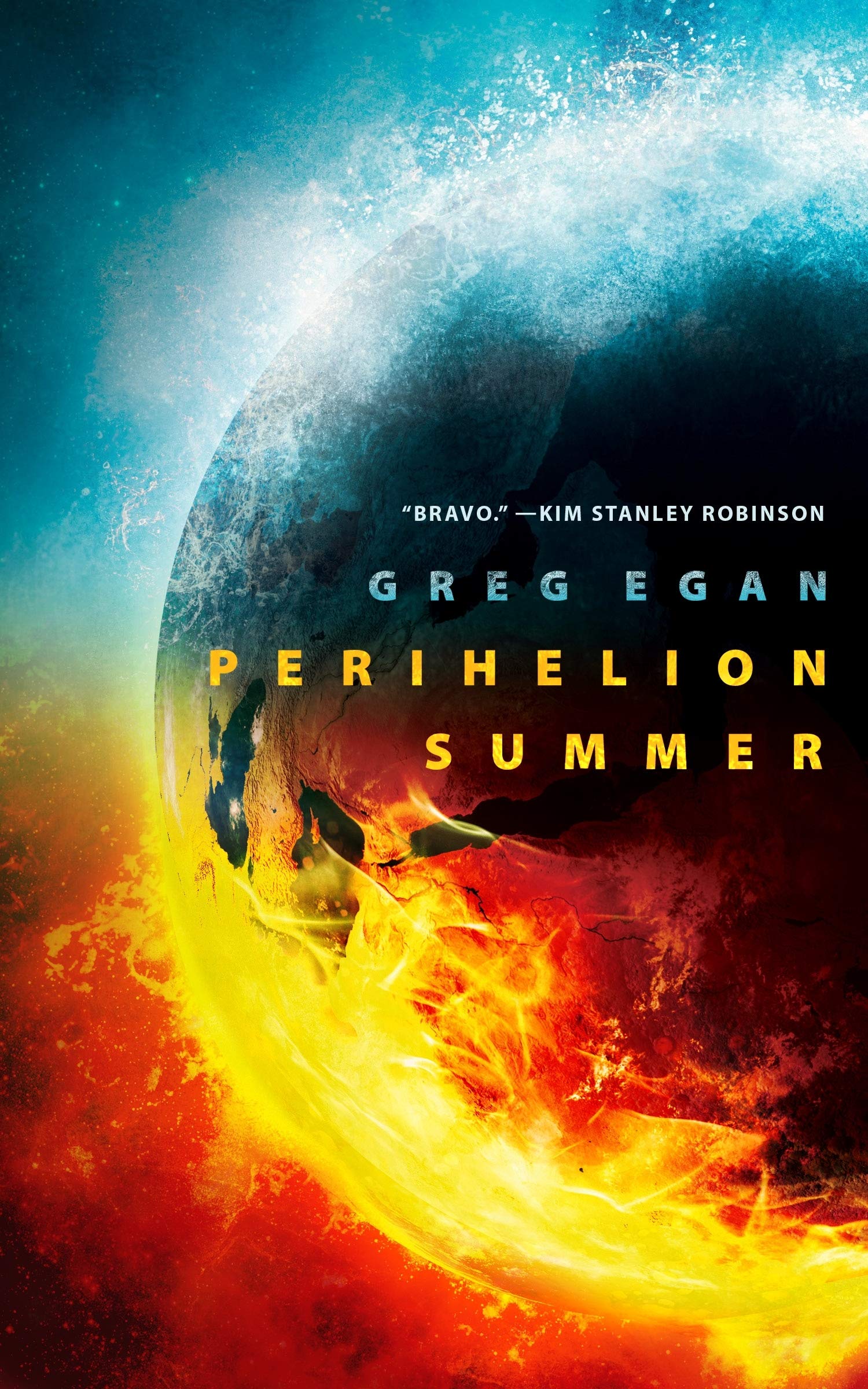 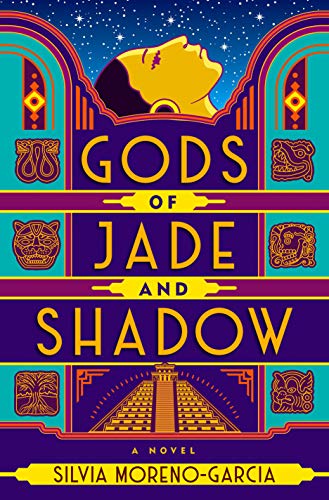 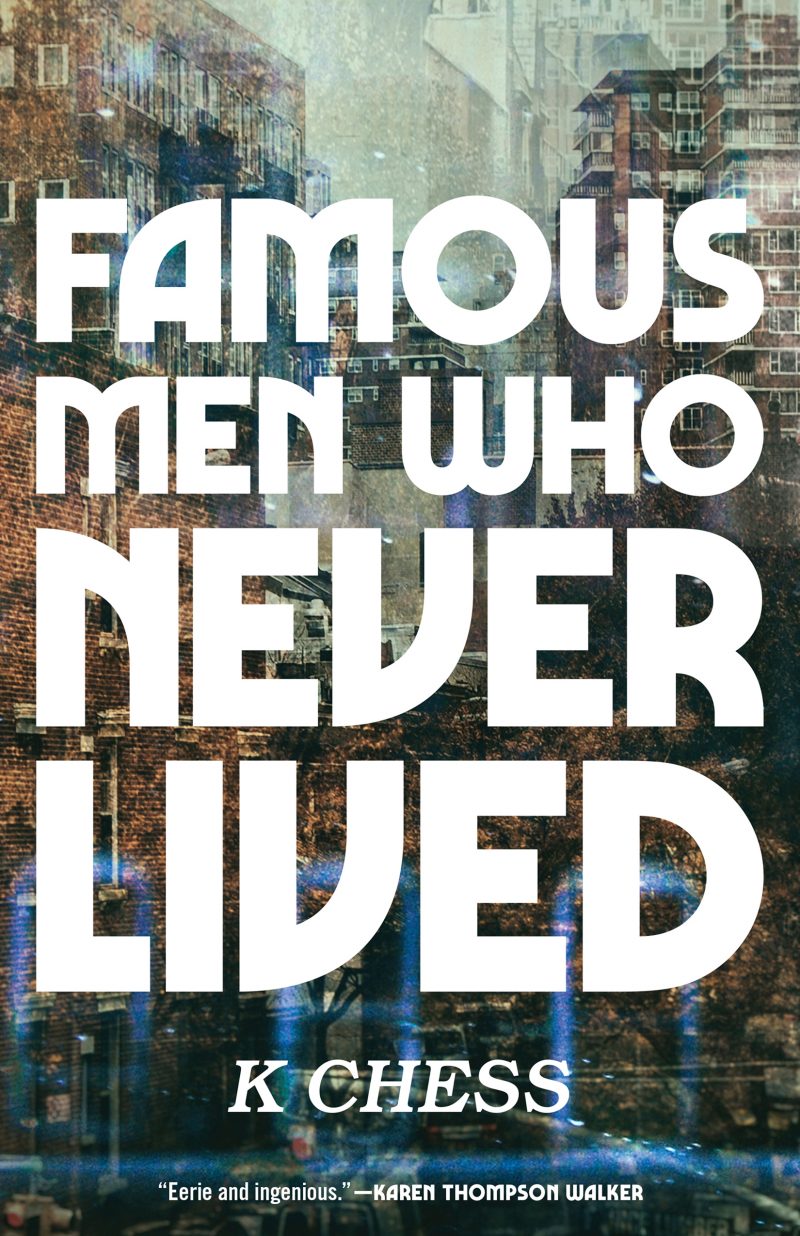