This week I finished up The Raven’s Shadow Trilogy by Anthony Ryan, with Queen of Fire. In preparation for the final book, I also reread the first two books in the series Blood Song and Tower Lord. In doing so I gained some valuable insight into rereading books that I want to share with all of you. The mind-blowing insight is essentially that sometimes rereading a book makes you like it a lot more. I know, your mind is blown. Rereading Tower Lord caused me to increase my rating of the book by a noticeable amount, but first let’s talk about Blood Song. 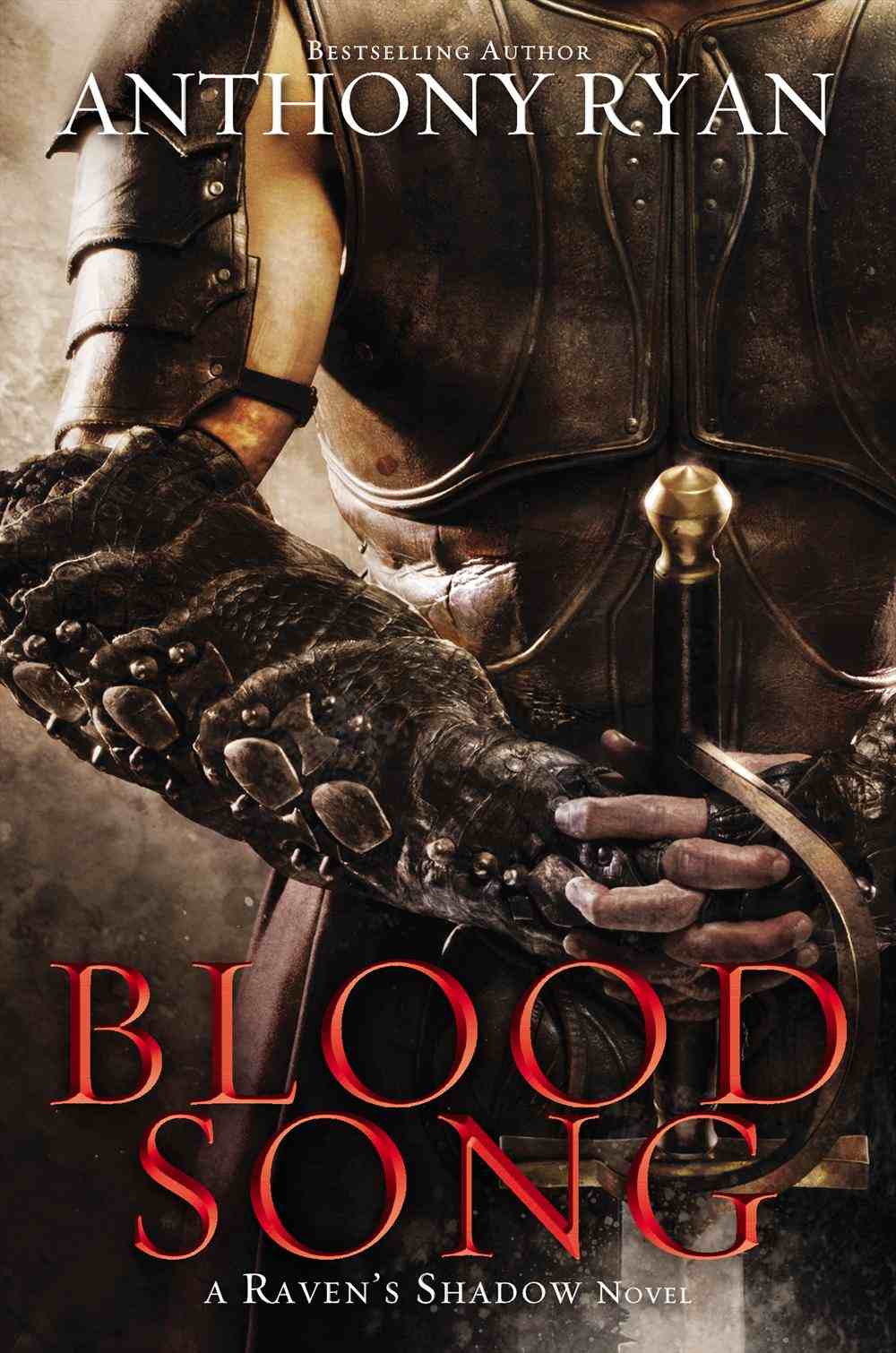 For those of you unfamiliar with the series, Blood Song is a fast paced story about a boy taken into a military order as a child.  He is then raised to be a member of an elite group of warriors whose purpose is to protect their country from harm. It is also one of my favorite books ever. The book has the school element that Harry Potter and Name of the Wind do so well combined with a squad of well developed and interesting characters. The first book is completely from the perspective of one character, Vaelin, and details a good portion of his life, often jumping forward many years at a time as the book goes on. The book is exciting and suspenseful, the plot is well written, the world building is excellent, and the book is beloved by numerous fantasy fans young and old. Additionally, it has some of the best fighting and action around. If you have not read Blood Song yet, I recommend you check out this book beloved by almost all who read it.

Then we have Tower Lord. The second book in the Raven’s Shadow trilogy had a much more mixed reaction, with fans usually having very polar reviews of the book. I believe that much of the dislike for the book stems from a dramatic change in narration style; going from one perspective to four. Many fans grew very attached to Vaelin, and were upset to see him share the limelight with three other characters. Which is a damn shame, because the other POVs are all just as amazing. When I initially read Tower Lord, I fell into the disappointed camp. After waiting such a long time to hear more of Vaelin’s story, I found the other POV’s an annoying distraction. In addition, Anthony Ryan does not hold any hands when it comes to remembering who characters are. This becomes particularly important in both Tower Lord and Queen of Fire, as tons of minor characters that I put out of my mind turn out to be important to the plot. These two factors negatively colored my experience with the book, and I ended up thinking it was a subpar sequel to one of my favorite books.

Then I reread Blood Song and Tower Lord. The second time around, without the baggage, I think I would say that Tower Lord is possibly a better book than Blood Song. The sequel has almost everything Blood Song did, with a few bonuses. While the pace is a little slower, the book more than makes up for it with three fantastic new points of view and a complexity that was absent in the first book. Tower Lord opens the story to the more central plot that took a back seat to Vaelin’s journey to adulthood in the first book. Through the eyes of all four characters the world and cast is greatly expanded without losing any of the world building, action, and excitement. I recommend rereading Tower Lord like I did if you did not enjoy it the first time around.

This brings us to the final installment of the Raven’s Shadow, Queen of Fire. To continue pounding this message in, definitely reread the first two books before starting. If you feel like you could use a book summary or glossary as you read it, your memory of the first two books is probably not sharp enough to fully enjoy it. Some of you might not care about this, but I wanted to enjoy the finale to one of my series as much as possible. Queen of Fire is in five point of views, expanding the cast of Tower Lord with one additional voice. I think it would be best if I avoid any spoilers, so I will simply tell you it is good. The book kicks off right from the start with a few great twists and keeps them going all the way through. Queen of Fire shows that Anthony Ryan always had a deep and complex story planned from the start, and that Blood Song was certainly just the opening chapters. The pacing remains fast and the action rises to new heights of intensity. Overall I thought it an excellent end to the trilogy.

That being said, there were a few minor things I didn’t like, but not enough to meaningfully impact my overall experience with the book. There were a few moments of what felt like forced character development for one or two of the POV’s. In those instances, it felt as if Anthony Ryan wanted to get the characters to a specific place before the end of the book but didn’t know how to do it. In addition, the scope of some of the final fights between armies were a little too large for me to fully grasp. I think that Anthony Ryan is a king of combat description when it comes to individual players, but his larger battle field descriptions are not quite on the same level.

However, even with these minor complaints I still loved the book start to finish. I have been seeing a lot of negative reviews for the book pop up and I don’t quite understand how people disliked it so much if they enjoyed the previous two novels. If you have not started Blood Song you should. If you didn’t like Tower Lord the first time, maybe you should give it another shot. If you are about to start Queen of Fire, make sure you have read the first two recently and enjoy the conclusion to a great story.